Skip to Content
Have You See Our Newest Product?Head Over To The Pro Shop!
Home The Pre-Game (Appetizers) Crab Hush Puppies-Where Supper Club and Sports Meet
Jump to recipe

It’s Spring time in the Midwest…well, it’s Spring time in the entire Northern Hemisphere, but, for this recipe I just want you to think of the Midwest. It is Friday night in Bum F***, Wisco. Uncle Frank and his third wife are headed to their local spot to get some Deep Fried Perch and continue with their Brandy Old Fashioned binge. You guessed it, it is Lent! They order the classic with the salad bar because, duh! They get to the end of the salad bar and there are these delicious Fried Morsels. No one knows what is in them but, hot damn, are they delicious. Here is my “Tailgate” take on those Fried Morsels: Crab Hush Puppies!

I love this story SO much and it may be complete bullshit. I don’t care. Back during the Civil War, Cornbread became such a big thing, basically, because it is bomb. There is actually a really famous from Old Abe, “Damn, dat Cornbread is bomb as hell!” Obviously in war, you want quite but, you also want to bring your Doggos and Puppers to battle. When they would start barking during in an inopportune time, they’d toss little hunks of Cornbread at the D&P’s to quote-unquote, Hush the Puppies. Adorable, right?! Anywho…

Making Of A Morsel

There are a couple of reasons I wanted to do something seafood: 1) It is Lent. A lot of people want Seafood options. 2) I wanted to branch out from the more classic Midwest Tailgating foods and get some coastal things going on. 3) Just like Abe said, “CORNBREAD IS BOMB!” and a Corn/Crab mix in perfect!

The awesome part about this, the longest part of the entire process is the baking of the Crab Hush Puppies! Putting together the mixture and the sauce (we’ll get there!) will literally take a max of 10 minutes. Another great thing about these, they’re a perfect little snack, you can take them to the “Tailgate”, or literally, have them as a side for a Steak Dinner…or, Fish Fry!

To be honest, these don’t really need a sauce. They’re rich, moist, and incredibly flavorful! But, you need to dip though. The action of dipping is needed for Hush Puppies and you can’t prove me wrong.

To take these to an even more coastal level, it’s packed with Old Bay! That’s what Maryland does: Crabcakes and Football! Check out the recipe for the Old Bay Aioli. (<— CLICK on Red!)

Make slightly bigger for a side dish instead of an appetizer.
Add Jalapeno for some kick.
Serve with Tartar Sauce or Old Bay Aioli 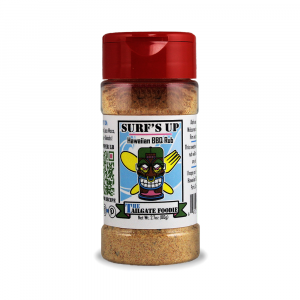